What Shoes are You Wearing? Kipchoge, Kosgei, and The Nike Vaporfly Advantage?

I've written a couple of articles recently, and taped an NPR interview, on the subject of Eliud Kipchoge's 1:59:40 marathon, Brigid Kosgei's 2:14:04 and the fact that both were achieved in updates of the Nike Vaporfly shoes. I don't think the shoes should be banned, as they may have benefits for our daily training. But perhaps they should be restricted--the way sports fluid are restricted in the Olympic Marathon--in elite international competitions. 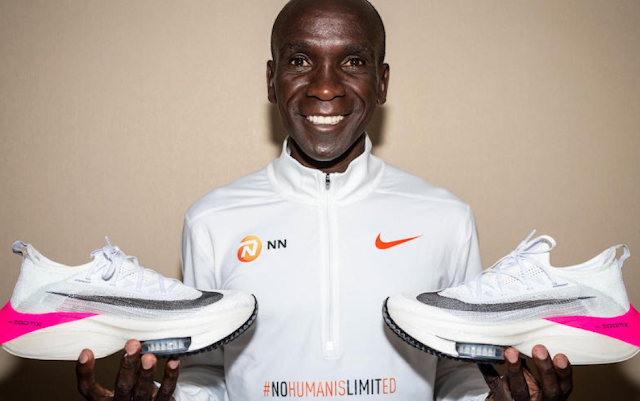 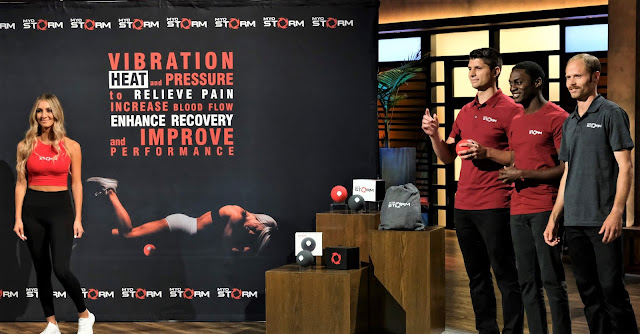 You’ve gotta admire Jared Ward. The guy gets around. He goes to the Olympics and finishes sixth in the marathon. He runs a 2:09+ at Boston. He helps Saucony design running shoes. He publishes scientific articles on marathon pacing.

And now he’s headed to "Shark Tank," the popular TV show for entrepreneurs with a big dream and a thick skin. This Sunday evening, October 27, Ward will appear with two BYU buddies to see if they can garner an investment in their company, Myostorm, and its leading product, the patent-pending “Meteor.” The Meteor is a vibrating, heating massage device.

A week later, Ward will race the New York City Marathon, where he finished a strong sixth in 2:12:24  last year. Then it’s on to the Olympic Marathon Trials in Atlanta next February 29. Ward finished third in the 2016 Los Angeles Trials, punching his ticket to that summer’s Rio Games.
Ward says the Meteor has played a big role in his continued success. “I use thousands of dollars of recovery equipment every day, and the Meteor fills an important niche,” he notes. “I take it on every trip, and use it to release my glute muscles daily. It’s also fantastic for plantar fasciitis, and any deep massage you need. I love that the technology is research-backed.”

This video with BYU associate professor Brent Feland explains how the Meteor works when applied to a muscle group.

Myostorm began its life with a successful Kickstarter program 13 months ago. The development team, including founder and CEO, Jono Diperi, and 800-meter runner, Shaquille Walker (PR--1:44.99), then decided to audition for ABC’s Shark Tank. They advanced through the early rounds--hey, just like a big track meet--and made it to the finals earlier this year when Sunday night’s episode was filmed.

Ward has faced high-pressure situations plenty of times before, and he knows how to get ready: train, train, train some more. This one was different.

"We prepared for a lot of scenarios in the 'tank'," he says. "But the way things turned out was not something we were prepared for."
Email ThisBlogThis!Share to TwitterShare to FacebookShare to Pinterest
Newer Posts Older Posts Home
Subscribe to: Posts (Atom)